HeroBracelets and the Intrepid Fallen Heroes Fund for Immediate Release 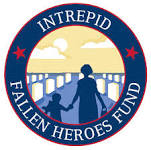 HeroBracelets.org SO PROUD of our partnership with the Intrepid Fallen Heroes Fund since 2004.

New York, NY (July, 2013) – The Intrepid Fallen Heroes Fund announced today it has received a total of more than $150,000 in donations from HeroBracelets.org to support the $100 million campaign to fund the construction of nine state-of-the-art National Intrepid Center of Excellence (NICoE) Satellite Centers at military bases around the country.

HeroBracelets.org sells its customized cuff bracelets in a variety of colors and materials, such as copper, leather, silver, and a special purple aluminum bracelet for service members who have earned a Purple Heart Medal.  The bracelet campaign, launched in 2004 as a way to pay respect to those who have lost their lives in service to their country, has donated $2 from the sale of each bracelet to the Intrepid Fallen Heroes Fund.

“Since we launched our website, we’ve been inundated with orders from people all over the country that want to support our military – but don’t know how.  HeroBracelets.org gives them an opportunity to spread awareness by wearing their bracelet, and it allows them to make a financial contribution to a charity of their choice.” said Christopher and Loree Greta, founders of HeroBracelets.org.  “$2 per bracelet may not seem like much, but it has certainly added up – and $150,000 later, it’s allowed us and our customers to make a difference for the thousands of service members and their families who rely on Intrepid Fallen Heroes Fund and the NICoE Centers for treatment of their invisible wounds.”

“HeroBracelets.org has been an important partner in our effort to give back to the men and women who serve this country,” said David Winters, President of the Intrepid Fallen Heroes Fund. “This milestone - of $150,000 – goes to show that every dollar counts.  These funds may have been raised in small increments – but that doesn’t change the big difference they will make in the lives of the thousands of service men and women with TBI and PTS who are now one step closer to having access to treatment, space to recover, and a support system that they can rely on.”

The funds raised by HeroBracelet.org will support Intrepid Fallen Heroes Fund’s mission to construct a series of NICoE Satellite Centers, located at military bases and medical centers around the country, designed to diagnose and treat TBI and PTS for service members without having to separate them from their units or leave their families for extended periods of treatment.  This proximity to family and friends is expected to enhance their care and rehabilitation.

The design and mission of the Satellite Centers are based on the original NICoE, opened in 2010 at the Walter Reed National Military Medical Center in Bethesda, MD.  Operated by the Department of Defense, NICoE is the most advanced facility of its kind in the country, and is the center of the Armed Forces’ efforts in researching, diagnosing and treating TBI, PTS and related injuries sustained by military personnel. Hundreds of American Service Members have received some form of diagnosis or treatment from NICoE in the last two years.

The Intrepid Fallen Heroes Fund is also currently engaged in a social media campaign, #MakeItVisible, which encourages all Americans to lend support to the NICoE Satellite Center Effort, and to learn about the invisible wounds of war, specifically Traumatic Brain Injury and Post Traumatic Stress. Visit www.makeitvisible.org for more information.

About the Intrepid Fallen Heroes Fund

The Intrepid Fallen Heroes Fund, a national leader in supporting the men and women of the United States Armed Forces and their families, has provided over $150 million in support for the families of military personnel lost in service to our nation, and for severely wounded military personnel and veterans. The Fund most recently opened the National Intrepid Center of Excellence to support the research, diagnosis, and treatment of military personnel and veterans suffering from traumatic brain injury (TBI).  In 2013 the Fund launched a new $100 million campaign to build nine NICoE satellite centers at major military bases around the country.  These satellite centers will extend the care provided at NICoE to more service members and veterans suffering TBI, PTS and related afflictions.

HeroBracelets.org is on online Marketplace for Custom, Made in America HeroBracelets honoring our Military around the world.  We believe, that as Americans and as citizens, our duty is to honor those who have paid the ultimate sacrifice for our country, as well as show our respect for those deployed and currently serving.